Klayman: The Difference Is That LeBron Is an Anti-Semite and Anti-White! 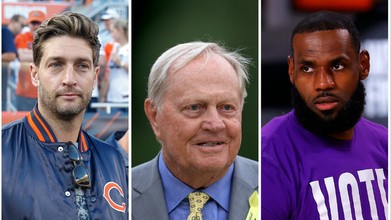 Nicklaus, who is white, tweeted a statement on Wednesday night claiming Trump has "delivered on his promises" and is "more diverse" — whatever that means — "than any President I have seen and has tried to help people from all walks of life — equally."

The octogenarian, who has played golf with Trump multiple times in the past, wrote: "You might not like the way our President says or tweets some things — and trust me, I have told him that!" but added, "This is not a personality contest; it's about patriotism, policies and the people they impact. His love for America and its citizens, and putting his country first, has come through loud and clear. How he has said it has not been important to me. What has been important are his actions."