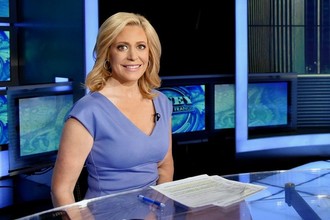 'Outnumbered' co-host Melissa Francis is off the air and her status at Fox News is in doubt
Yahoo News
October 24, 2020
Melissa Francis, regularly seen on the popular Fox News midday talk show "Outnumbered," has been off the air for two weeks and is probably at the end of her six-year run at the network, according to people familiar with the matter who were not authorized to comment and requested anonymity.

Francis, 47 has not been seen on the program since Oct. 7. A Fox News representative did not comment on her status, saying only that she is still an employee and its daytime programming is being revamped.

"Fox News Media regularly considers programming changes, including to its daytime lineup, and will launch new formats as appropriate after the election," the representative said in a statement. "These changes are being made independent of any other ongoing matter."