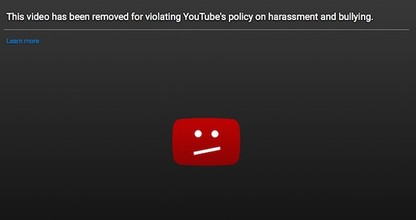 By Larry Klayman
WND
October 23, 2020
This week, yours truly, the founder of both Judicial Watch and Freedom Watch and a former prosecutor in the U.S. Justice Department Antitrust Division, arranged to take the video deposition of Joe Biden and his campaign manager, Kate Bedingfield, who illegally interfered with the YouTube channel of Freedom Watch Inc. after I, many months ago, threatened to bring the presidential candidate before a citizens grand jury over his and his son Hunter's illegal activities in Ukraine and China during my weekly radio broadcast, "Special Prosecutor with Larry Klayman," on Radio America Network.

As a result of this interference, Google/YouTube, doing the bidding of and attempting to curry favor with Biden and his campaign — who they have put their money on to be the 46th president of the United States — removed all of my and Freedom Watch's public-interest YouTube postings for the last many years. Only after I threatened Google/YouTube through its attorney at Williams & Connolly, not coincidentally also the law firm of the Clintons, with suit were the postings restored. However, damage to my personal and professional reputations had already occurred, as it created the false impression that I had done something wrong.