Klayman: So What If Trump Did! The President Is the Chief Executive Law Enforcement Officer!
Go to www.FreedomWatchUSA.org and Support Our Citizens Grand Juries and Join Our Justice League! 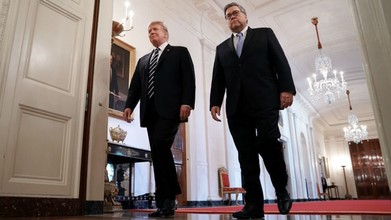 "No he has not. The president wants these things to be looked into, and the media is really the avenue that should be doing that at this point," McEnany told reporters.

"It's up to the attorney general as to how he pursues this, and the FBI, but we just want justice and we want the American people to have a full picture of what's at stake," she added.