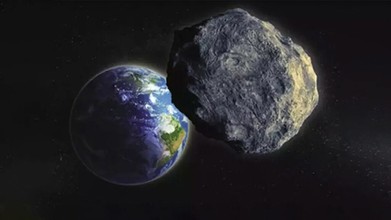 An asteroid with a diameter the size of a refrigerator could strike the Earth the day before the November election, according to celebrity scientist Neil deGrasse Tyson — but it's not large enough to do any serious damage.

The famed astrophysicist said the space rock, known as 2018VP1, is hurtling towards Earth at a speed of 25,000 miles per hour and may clip the planet on Nov. 2.

"It may buzz-cut Earth on Nov. 2, the day before the Presidential Election," he wrote on Instagram.