Klayman: Fauci Is a Two-Faced Leftist and the Architect of COVID-19 Since He Sent the Predecessor Sars Virus to the Wuhan Lab For "Research" Paid for With US Taxpayer Monies! 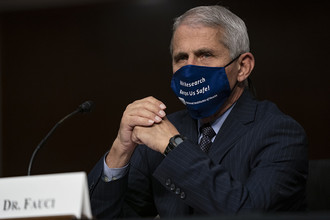