Klayman: Having Destroyed the NFL, Helped Stoke a Race War Kaepernick Is Moving on to More Nefarious Matters! 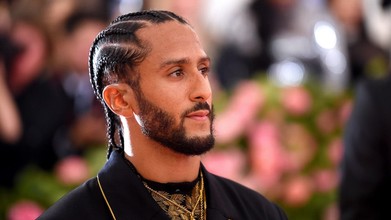 Kaepernick: Abolish police, prisons
By Joseph Choi
TheHill
October 12, 2020
Former NFL player Colin Kaepernick called for the abolition of police and prison systems in a new essay, abandoning his former demands for reform as ineffective and incapable of solving the issues of police brutality and high incarceration rates in the U.S.

The essay is part of a new series called "Abolition for the People" which is created through a partnership with Kaepernick Publishing and "LEVEL," a publication by Medium that concentrates on the lives of Black and Brown men. Kaepernick's essay is the first of 30 that will be published in the next few weeks.

In his piece, "The Demand for Abolition," Kaepernick argues that institutions of justice should concentrate more on the well-being of people instead of controlling them. He laments the lack of progress and the continued killing of unarmed black people by the police that has occurred since he began protesting in 2015.