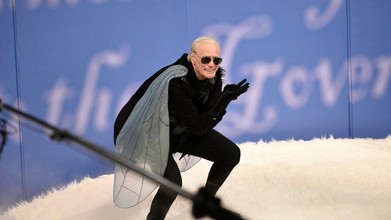 Maya Rudolph reprised her role as Sen. Kamala Harris and entered the debate stage spraying Lysol. Beck Bennett played Vice President Mike Pence — who had not one, but two flies on his head during the sketch, an homage to the fly on his head that stole everyone's attention on Wednesday.