Klayman: Biden Doesn't Know Either Since He Is "Braindead"! He Will Soon Be Doing Coloring Books! 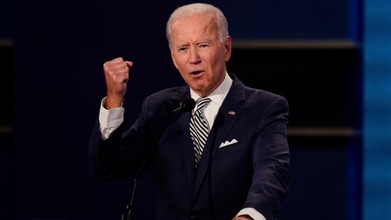 Biden was asked in Las Vegas, Nevada, about his position on packing the court with extra justices -- something that has seen support from a number of Democrats, particularly since President Trump announced his intention to confirm Barrett to the seat left vacant by the death of the late Justice Ruth Bader Ginsburg.

Biden, who had opposed court packing in the primary, refused to answer the question on Thursday, saying "you'll know my position on court-packing the day after the election."