Klayman: Shameless CYA by Blowhard Bill Barr Since the Full Facts of What May Be a Leftist and Dem Entrapment Are Still Unknown? 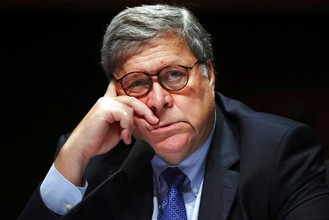 "He finds this behavior abhorrent and is totally supportive of the FBI's investigation and the U.S. Attorney's actions," Barr's spokeswoman Kerri Kupec said Friday, according to The Detroit News.

The statement comes after state Attorney General Dana Nessel announced charges against seven people connected to the plot, whose goals included overthrowing parts of the government and waging armed conflict.

In addition, six individuals are facing federal charges specifically related to conspiring to kidnap the governor.