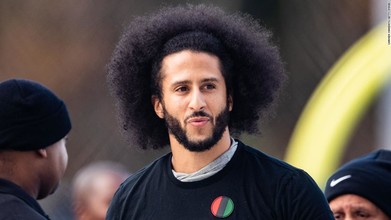 The series titled "Abolition for the People: The Movement for a Future Without Policing & Prisons" is a partnership between Kaepernick Publishing and the Medium publication Level that builds on a rich tradition of Black organizing and freedom-fighting, according to the website.

"Over the next four weeks, we will publish 30 essays from political prisoners, grassroots organizers, movement leaders, scholars, and family members of those affected by anti-Black state violence and terrorism," Kaepernick wrote in the debut essay titled "The Demand for Abolition" that was published on Tuesday.