Klayman: These Arrests May Be Leftist Politics? 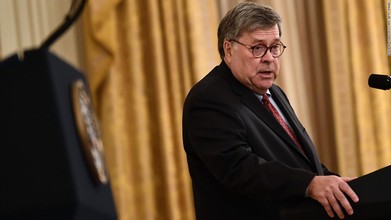 The FBI and the Michigan US attorneys announced charges against six of the men for conspiracy to kidnap, and seven other people, associated with a group called "Wolverine Watchmen," are facing state charges.

But while Barr was briefed this week on the Whitmer plot, the attorney general has yet to comment publicly on the arrests.