Klayman: Is This a Leftist "Set Up"? 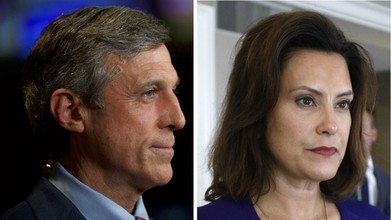 Carney in April 2019 signed off on the pardon for Barry Gordon Croft Jr., who faced a series of charges in Delaware during the mid-1990s, including possession of a firearm during the commission of a felony, assault and burglary.

A spokesman for Carney said in a statement that the governor called Croft's federal charges "disturbing" and called for everyone involved with the kidnapping plot in Michigan to be "prosecuted to the fullest extent of the law."