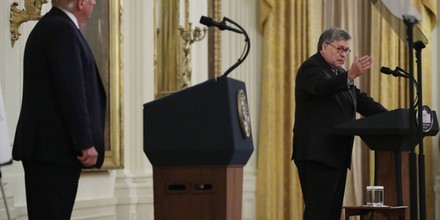 Trump, who had apparently not been told about the news, reacted in real time as radio host Rush Limbaugh informed him of the Axios report.

"It was announced by the attorney general that his investigator, the attorney looking into the coup run against you will not have any announcements, any results before the election. This is disappointing, I can not tell you," Limbaugh said.

"When was this announced Rush?" Trump asked. "I think it's terrible."