Klayman: No Surprise: Biden Was the NYT's Second Choice After Chairman Mao: The Latter Is Dead and the Former "Brain Dead"!
Go to www.FreedomWatchUSA.org to Join and Support Our Leftist Media Strike Force! Share and Donate 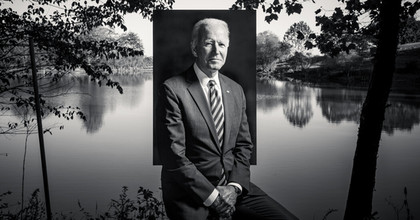 Opinion | Elect Joe Biden, America
By The Editorial Board
New York Times
October 7, 2020
Joe Biden has vowed to be a president for all Americans, even those who do not support him. In previous elections, such a promise might have sounded trite or treacly. Today, the idea that the president should have the entire nation's interests at heart feels almost revolutionary.

Mr. Biden has also vowed to "restore the soul of America." It is a painful reminder that the country is weaker, angrier, less hopeful and more divided than it was four years ago. With this promise, Mr. Biden is assuring the public that he recognizes the magnitude of what the next president is being called upon to do. Thankfully, he is well suited to the challenge — perhaps particularly so.

Kathleen Kingsbury, acting editorial page editor, wrote about the choice to endorse Joe Biden for president in a special edition of our Opinion Today newsletter. You can read it here.