Klayman: "Don't Mess With Texas" Netflix Which Has Become the Obama Channel!
Go to www.FreedomWatchUSA.org to Join and Support Our Leftist Media Strike Force! Share and Donate 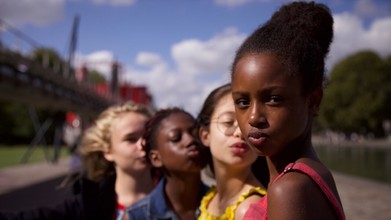 Netflix indicted by Texas grand jury for 'Cuties' film
By Julius Young
Fox News
October 7, 2020
Netflix has been indicted on a criminal charge that alleges the streaming giant promotes "lewd visual material" of a child.

The lawsuit centers on the release of the French film "Cuties" that has been mired by controversy since its release last month.

A Tyler County, Texas grand jury moved to return an indictment against Netflix on Sept. 23, Fox News confirmed on Tuesday via court documents.

The complaint alleges Netflix "knowingly" promoted visual material which "depicts the lewd exhibition of the genitals or pubic area of a clothed or partially clothed child who was younger than 18 years of age at the time the visual material was created, which appeals to the prurient interest in sex, and has no serious, literary, artistic, political, or scientific value."