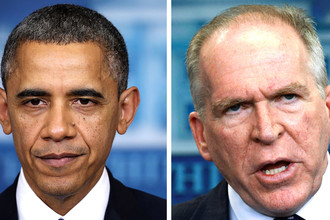 "Ratcliffe declassified Brennan's handwritten notes — which were taken after he briefed Obama on the intelligence the CIA received — and a CIA memo, which revealed that officials referred the matter to the FBI for potential investigative action," Fox News reported. "That referral was sent to then-FBI Director James Comey and then-Deputy Assistant Director of Counterintelligence Peter Strzok."

A source that was familiar with the documents told Fox News that, despite claims from the media and Democrats, the information was not "Russian disinformation," and the fact that Brennan reportedly briefed Obama on it is a sign that it was serious.