Klayman: Biden Is Not Coming Back in 4 Years Given His Terrible Health and Severe Dementia If Not Early Sign of Alzheimer's! 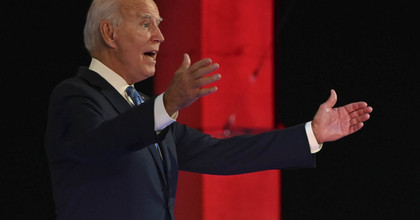 While speaking to reporters Monday outside the Biden campaign's jet, the former vice president was filmed standing closer than the CDC-recommended six feet apart from the press.

Biden was asked a question by a reporter when his better half came up behind him and pulled him back a couple of steps.

"I'm sorry," Biden said as he was shuffled backward, regaining his thoughts.