Klayman: "Commies" at NYT Bow Down to ChiComs!
Go to www.FreedomWatchUSA.org to Join and Support Our Leftist Media Strike Force! Share and Donate 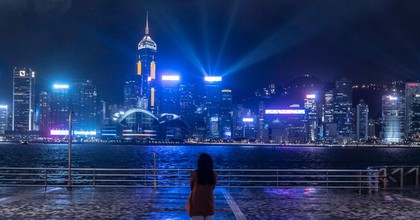 Opinion | Hong Kong Is China, Like It or Not
By Regina Ip
New York Times
October 2, 2020
HONG KONG — No amount of outcry, condemnation or sanctions over the Chinese government's purported encroachment in Hong Kong's affairs will alter the fact that Hong Kong is part of China and that its destiny is intertwined with the mainland's.

Hong Kong has been rocked by a series of crises after the eruption of protests last year over a proposed bill (long since withdrawn) that would have allowed the extradition of some suspects in criminal cases to mainland China.

Hong Kongers who wanted the city promptly to return to peace thought the authorities' handling of the situation, which dragged on for months and grew more and more violent, was incompetent. For other locals, many outsiders and apparently much of the global media, a people's legitimate quest for more democracy was being suppressed.