Klayman: Go to www.FreedomWatchUSA.org to Join and Support Our Leftist Media Strike Force! Share and Donate 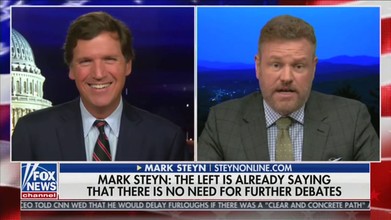 Tucker Sits Back and Lets Multiple Guests Trash Fox Colleague Chris Wallace
By Justin Baragona
The Daily Beast
October 1, 2020
Fox News host Tucker Carlson didn't say a critical word about his colleague Chris Wallace on Wednesday night, even as the Fox News anchor has taken a ton of heated criticism from right-wing pundits (and even some Fox News commentators) over their belief that Wallace treated President Donald Trump unfairly at Tuesday's presidential debate.

Instead, the primetime conservative star sat back and let two of his favorite frequent guests trash his co-worker on air, saying nothing in return while nodding along silently.