Black Proud Boys Leader: We're Not White Supremacists, 'As You Can See'
Go to www.FreedomWatchUSA.org to Join and Support Our Leftist Media Strike Force! Share and Donate 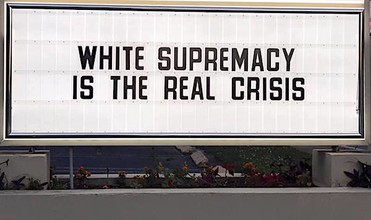 By Art Moore
WND
October 1, 2020
The national leader of the Proud Boys — a black-Hispanic American — said Wednesday that Joe Biden made a mistake during the presidential debate by casting his group as white supremacist.

"We've been called many names," said Enrique Tarrio in an interview with Britain's Sky News, "and probably the most inaccurate name you can call us is white supremacists, as your viewers can see."

Tarrio, the national chairman of Proud Boys, was referring to an exchange during the debate Tuesday night spotlighted by establishment media in which moderator Chris Wallace pressed Trump to condemn white supremacy.