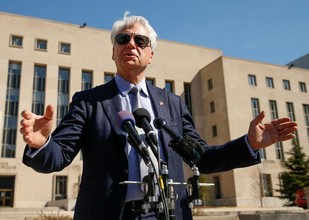 By John Haughey, The Center Square
The Center Square
October 1, 2020
(The Center Square) — Florida's Republican leaders have called for investigations into the $17 million raised by former Democratic presidential candidate Michael Bloomberg's campaign to pay the fines for 32,000 felons so they can vote in the November election.

Judicial Watch and Freedom Watch founder Larry Klayman, who has a colorful 30-year record of filing lawsuits and once sued his mother, has joined the fray — by suing.