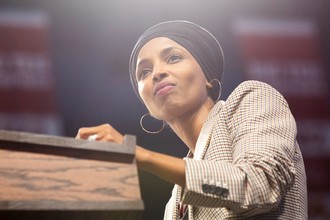 "We are in the process of looking into the validity of those statements," a department statement read on Monday. "No further information is available at this time on this."

Project Veritas' latest video lit up social media as it came just weeks before a presidential election that is expected to see a surge in absentee or mail-in voting. In Minnesota, the issue has come under judicial scrutiny as Republicans and Democrats battled over a measure that would limit the number of ballots a third party could hold for others.