Klayman: Biden Should Also Have an Alzheimer's Test! 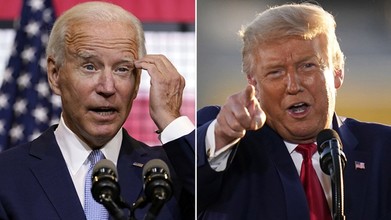 Biden campaign responds to Trump's call for drug test: 'President thinks his best case is made in urine'
By Nick Givas
Fox News
September 28, 2020
After President Trump demanded a drug test for himself and Democratic presidential nominee Joe Biden before the presidential debate Tuesday, Biden's campaign team mocked the commander-in-chief for wanting to make his case "in urine."

In a tweet on Sunday, Trump questioned Biden's previous debate performances and claimed there was a disturbingly erratic pattern in the former vice president's performance. He added that he would be willing to take a drug test as well.

"I will be strongly demanding a Drug Test of Sleepy Joe Biden prior to, or after, the Debate on Tuesday night," Trump wrote. "Naturally, I will agree to take one also. His Debate performances have been record setting UNEVEN, to put it mildly. Only drugs could have caused this discrepancy???"