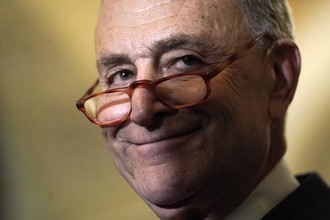 By Andrew Desiderio
POLITICO
September 27, 2020
Senate Democrats can't stop Mitch McConnell from confirming a new Supreme Court justice, but they are already planning to make it as painful as possible.

Senate Minority Leader Chuck Schumer has his caucus on board with an effort to disrupt and obstruct Senate Republicans, using a wide range of procedural tools to try to make it difficult for the Senate majority leader.

Interviews with more than a dozen Democratic senators revealed broad support for disrupting the Supreme Court confirmation process, even if the strategy yields some collateral damage. Yet Democrats facing tough reelections and those who typically spurn delay tactics overwhelmingly support the hardball campaign, potentially putting them at increased risk of losing their seats.