Klayman: Like His Father Amdrew Coumo Is Tight With the Mafia!
Go to www.FreedomWatchUSA.org to Join and Support Our Leftist Media Strike Force! Share and Donate 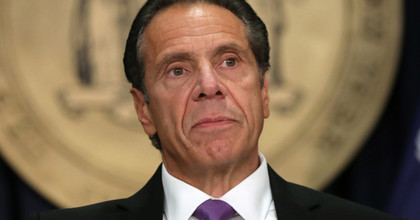 Andrew Cuomo is playing with racial fire
By Bob McManus
New York Post
September 26, 2020
With children being shot down in the streets all across New York — a by-product of statewide double-digit increases in gun homicides — you'd think Gov. Cuomo would be too humbled to lecture Kentucky about murder.

Not so. Humble ain't his thing, don't you know?

Arrogance is another matter. The governor has raised that to an art form — most recently taking time out from his coronavirus-death nursing-home deflections to hector Louisville on its handling of the Breonna Taylor shooting case.