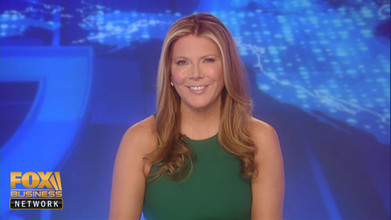 Regan left Fox Business in March after controversial on-air remarks she made regarding the coronavirus pandemic — saying it was an effort to hurt President Donald Trump — and the suspension of her show.

Regan was the host of "Trish Regan Primetime," which expanded upon the leading headlines of the day and their economic impact. She joined the network as an anchor in April 2015.