Klayman: Praise to Charles Barkley and Shaquille O'Neal Who Have More Courage Than Cowardly Whites! 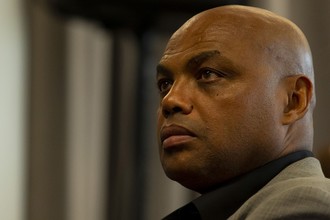 Charles Barkley, Shaquille O'Neil draw backlash for pushing back on Breonna Taylor outrage
Yahoo News
September 25, 2020
Many prominent figures in the sports world, including Los Angeles Lakers star LeBron James and Dallas Cowboys quarterback Dak Prescott, have voiced their outrage against the decision to not not charge Louisville police officers for the killing of Breonna Taylor.

The "Inside the NBA" crew on TNT offered a different reaction on Thursday, led by Charles Barkley. Charles Barkley on Breonna Taylor: Not the same as George Floyd or Ahmaud Arbery

Before Thursday's game between the Lakers and Denver Nuggets, Barkley said that Taylor's case shouldn't be "lumped" in with the killings of George Floyd and Ahmaud Arbery. He pointed to Taylor's boyfriend, Kenneth Walker, firing on the plainclothes Louisville police officers that were executing a no-knock search warrant as a reason why.