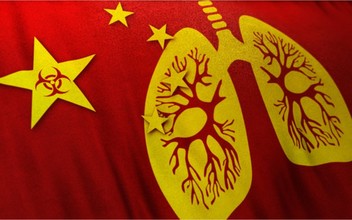 Israeli Biological Warfare Expert Connects China's Wuhan Virus to Covert Biological Warfare Laboratory - Behold Israel
Behold Israel
September 25, 2020
An Israeli biological warfare expert by the name of Dany Shoham, who is now with the Begin-Sadat Center for Strategic Studies at Bar Ilan University in Israel, believes that the deadly Wuhan virus is likely connected to one of China's covert biological warfare laboratories; in this case, the Wuhan Institute of Virology. While there is a lot of speculation at this point, there are several truths that validate his concern. Shoham stated, "Certain laboratories in the institute have probably been engaged, in terms of research and development, in Chinese biological weapons, at least collaterally, yet not as a principal facility of the Chinese BW alignment."

Dany Shoham was a lieutenant colonel and a senior analyst with the Israeli Military Intelligence for biological and chemical warfare, and he unquestionably states that biological tests that are run in these laboratories are 'covert.' In addition to his suspicions, the US State Department believes that China has been partaking in covert biological warfare operations as well. Though China is denying any rumors of involvement.