Klayman: Freedom Watch Will Use This Report to Indict Joe and Hunter Biden Before a Citizens Grand Jury as AG Barr and His DOJ Lack the Guts to Do It!
Go to www.FreedomWatchUSA.org and Support Our Citizens Grand Juries and Join Our Justice League! 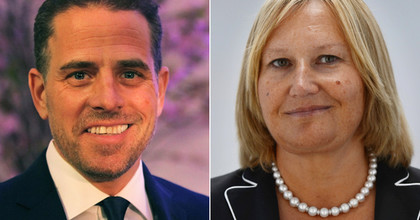 Baturina is referenced in the 87-page report, which was released Wednesday, addressing her payment to Biden's investment firm in early 2014.

"Baturina became Russia's only female billionaire when her plastics company, Inteko, received a series of Moscow municipal contracts while her husband was mayor," it said in providing background on the businesswoman.