Klayman: Notwithstanding the Dems' Threats SCOTUS Already Has Little to No Credibility!
Go to www.FreedomWatchUSA.org to Support Our Judicial Selection Strike Force. Also Donate and Share! 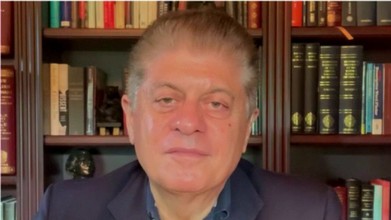 Judge Napolitano 'appalled at any effort to turn the Supreme Court into a super-legislature'
By Talia Kaplan
Fox News
September 23, 2020
If Democrats implement the radical strategy of packing the Supreme Court, it "will undermine the credibility of the court," Fox News senior judicial analyst Judge Andrew Napolitano warned on Wednesday.

He went on to slam Democrats for the potential move telling "America's Newsroom" on Wednesday that he is "appalled at any effort to turn the Supreme Court into a super-legislature."

Just hours after learning of Justice Ruth Bader Ginsburg's passing on Friday, Senate Majority Leader Mitch McConnell, R-Ky., vowed that a Trump nominee to the Supreme Court "will receive a vote on the floor of the United States Senate."