Klayman: Judge Lagoa Will Be Trump's SCOTUS Pick: Daring Dems to Rough up a Female Latina From Florida!
Go to www.FreedomWatchUSA.org to Support Our Judicial Selection Strike Force. Also Donate and Share! 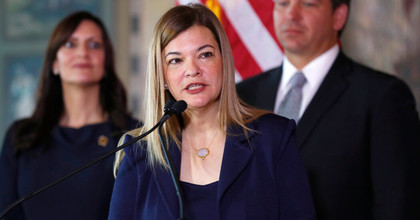 Lagoa's Role in Florida Could Be a Factor in Trump's Supreme Court Pick
By Patricia Mazzei and Adam Liptak
New York Times
September 22, 2020
MIAMI — As a young associate in a prestigious Miami law firm, Barbara Lagoa took on an unusual pro bono case, one without a supervising partner and against a formidable adversary: the Clinton administration.

Ms. Lagoa represented a relative of a 5-year-old boy found off the Florida coast after his mother had drowned trying to cross over from Cuba. His name was Elián González.

Federal agents would eventually seize Elián and return him to his father in Cuba, setting off political shock waves that arguably cost former Vice President Al Gore the 2000 presidential election when he lost Florida.