Klayman: Has-been Bob Woodward Wants to Make A "Comeback" With Another Republican Presidential Scalp!
Go to www.FreedomWatchUSA.org to Join and Support Our Leftist Media Strike Force! Share and Donate 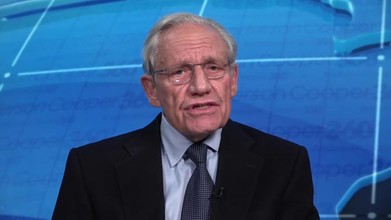 Bob Woodward on Trump's pandemic response: 'In covering nine presidents, I've never seen anything like it'
By Kate Sullivan
CNN
September 22, 2020
Washington (CNN)Journalist Bob Woodward on Tuesday said in all of his years reporting on nine different presidents, he has "never seen anything like" President Donald Trump's mishandling of the pandemic.

"Two hundred thousand Americans dying. I think in covering nine presidents, I've never seen anything like it," Woodward told Jeff Zucker, the chairman of WarnerMedia News and Sports, at the Citizen by CNN 2020 conference.

"The visitation of the medical nightmare on the American population is staggering, stunning. It's on his head, and he did not do enough. He just didn't," Woodward said.