Klayman: Not Just a Braindead Moron but a Total Embarrassment! 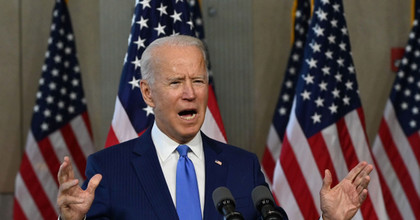 "If Donald Trump has his way, the complications from COVID-19, which are well beyond what they should be — it's estimated that 200 million people have died — probably by the time I finish this talk," the Democratic presidential nominee said Sunday, according to Fox News.

Biden made a similar comment when he added several extra zeroes to the nation's coronavirus death toll during a campaign stop in Pennsylvania in June. Democratic presidential nominee and former Vice President Joe Biden speaks at the National Constitution Center in Philadelphia.AFP via Getty Images