Klayman: As I Predicted: Durham-Barr Probe a Deceptive DOJ Sham!
Go to www.FreedomWatchUSA.org and Support Our Citizens Grand Juries and Join Our Justice League! 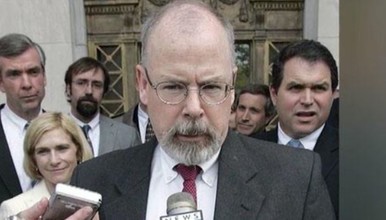 A Justice Department source confirmed Friday that the federal prosecutor, Norah Dannehy, has resigned. Dannehy has worked with Durham for years and is a close aide to him.

Durham's office confirmed that Dannehy resigned from the DOJ but did not elaborate on her reasoning. The Justice Department did not comment Friday.