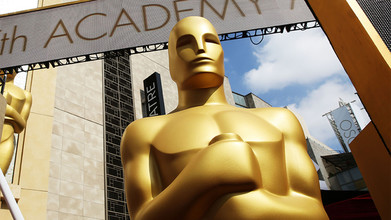 Oscars Announce New Inclusion Requirements for Best Picture Eligibility
By Clayton Davis
Variety
September 9, 2020
The diversity and inclusion initiative has been a heavy focus for the Oscars the past few years, shown by the expansive membership initiative. As part of the Academy Aperture 2025 initiative, the Academy of Motion Picture Arts and Sciences announced Tuesday new representation and inclusion standards in order to be eligible in the best picture category.

For the 94th and 95th Oscars ceremonies, scheduled for 2022 and 2023, a film will submit a confidential Academy Inclusion Standards form to be considered for best picture. Beginning in 2024, for the 96th Oscars, a film submitting for best picture will need to meet the inclusion thresholds by meeting two of the four standards.

All other Academy categories will keep their current eligibility requirements. For categories such as animated feature, documentary feature and international feature, that submit for best picture consideration, they will be addressed separately.