Klayman: Biden Likely Has the Onset of Alzheimer's! 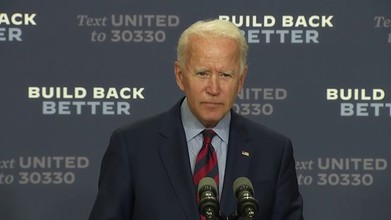 "It is a complete difference from what he was in 2017," Mike McCormick, who worked as a White House stenographer for 15 years and with Biden from 2011 to 2017, told the Washington Free Beacon in an interview. "He's lost a step and he doesn't seem to have the same mental acuity as he did four years ago."