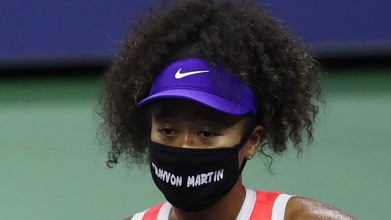 The recent round, which Osaka won, was the fourth in which she wore a mask bearing the name of a Black person whose death sparked nationwide outrage. Martin is the unarmed Black teenager who was killed by George Zimmerman in Florida in 2012.

Osaka has worn similar masks with the names of Ahmaud Arbery, Elijah McClain and Breonna Taylor at her past three rounds. She said earlier this month that she has seven masks in total for each of the rounds.