Klayman: Juan Williams Is a Clown Who Plays the Game of Being One of Fox News' Stable of Liberal Stooges!
Go to www.FreedomWatchUSA.org to Join and Support Our Leftist Media Strike Force! Share and Donate 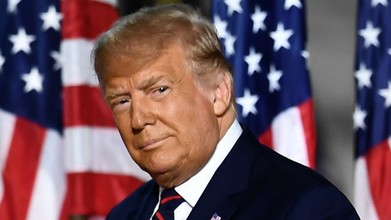 Juan Williams: Swamp creature at the White House
By Juan Williams, opinion contributor
TheHill
September 7, 2020
For all my criticism of President Trump, I've got to be honest — I loved the fireworks.

Fireworks swirled around the Washington Monument after Trump accepted the GOP nomination on the White House lawn on Aug. 27. They spelled "TRUMP" in the night sky.

If you are reading this column years from now, you might think this is a parody. You can't believe that any president got away with turning the White House into a gaudy stage for partisan politics.

Did I mention the opera singer on the White House balcony?