Klayman: Black Lives Matter and Their Racist White Hating Allies Will Cause Biden and Dems to Lose! Dems Know This! 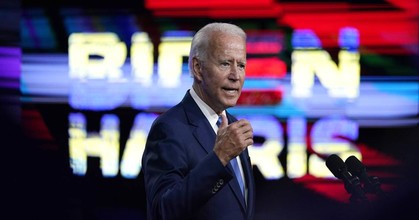 Democrats are nothing if not a self-doubting bunch, and the 2016 election left such a psychic scar that many in the party are now conditioned to assume they'll somehow blow it again and snatch defeat from the jaws of victory.

Nominee Joe Biden continues to lead President Donald Trump in every battleground state, and Trump's "law and order" message doesn't seem to be working. But some recent polls showing the race tightening a bit were enough to send liberals' blood pressure soaring along with Google searches for "Joe Biden lose" in blue states like Maryland and California.