Klayman: Fox News Is a Disgrace and No Longer Conservative Under Lachlan Murdoch!
Go to www.FreedomWatchUSA.org to Join and Support Our Leftist Media Strike Force! Share and Donate 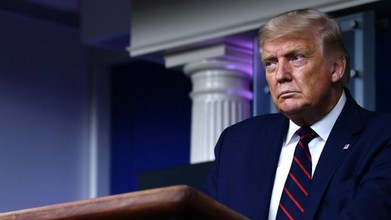 Trump shared an article late Friday from far-right outlet Breitbart News declaring that Griffin "Did Not Confirm 'Most Salacious' Part of Atlantic Story" after the reporter shared on the air that sources had confirmed to her certain key details of the magazine's story.

"All refuted by many witnesses. Jennifer Griffin should be fired for this kind of reporting. Never even called us for comment. @FoxNews is gone!" Trump declared in a tweet.