Klayman: Who Cares! These "One and Done" Recruits Are Not Students! Duke's Fine Reputation for Academic Integrity Is Being Trashed by Coach K! 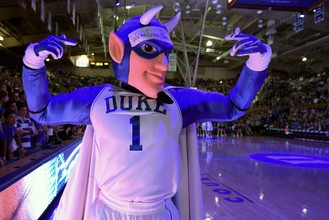 A few months back, Bleacher Report lead NBA scout Jonathan Wasserman argued that Archbishop Stepinac (N.Y.) small forward AJ Griffin might be the top longterm prospect in his class. In other words, the first 2021 Duke basketball commit's game could translate to the NBA better than that of any other rising senior.