Klayman: Totally Predictable: Barr's Excuse for Not Prosecuting FBI and DOJ Criminals Like Comey, McCabe, Page, Strzok and Ohr as Well as Brennan and Clapper! 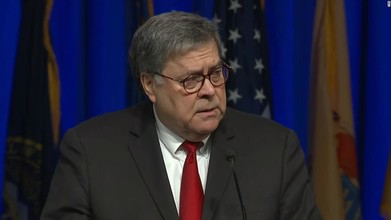 The new oversight plan outlined in two memos includes requiring the Justice Department and FBI to consider warning individuals or campaigns that they are being targeted by a foreign entity, before seeking any court permission to conduct surveillance. Should there be reason not to give warning, the FBI director must explain why in writing.

The new oversight plans also include making sure the attorney general and FBI director sign off on any foreign intelligence surveillance of elected officials, candidates or their staff.