Klayman: The NYT Mocks Trump as the Far Left Dishonest Rag It Is!
Go to www.FreedomWatchUSA.org to Join and Support Our Leftist Media Strike Force! Share and Donate 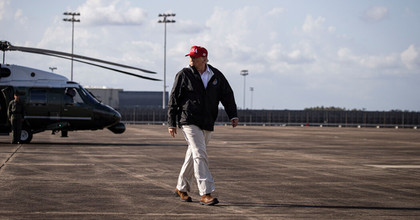 Trump Embraces Fringe Theories on Protests and the Coronavirus
By Peter Baker
New York Times
August 31, 2020
WASHINGTON — President Trump unleashed an especially intense barrage of Twitter messages over the weekend, embracing fringe conspiracy theories claiming that the coronavirus death toll has been exaggerated and that street protests are actually an organized coup d'état against him.

In a concentrated predawn burst, the president posted or reposted 89 messages between 5:49 a.m. and 8:04 a.m. on Sunday on top of 18 the night before, many of them inflammatory comments or assertions about violent clashes in Portland, Ore., where a man wearing the hat of a far-right, pro-Trump group was shot and killed Saturday after a large group of Mr. Trump's supporters traveled through the streets. He resumed on Sunday night.

In the blast of social media messages, Mr. Trump also embraced a call to imprison Gov. Andrew M. Cuomo of New York, threatened to send federal forces against demonstrators outside the White House, attacked CNN and NPR, embraced a supporter charged with murder, mocked his challenger, former Vice President Joseph R. Biden Jr., and repeatedly assailed the mayor of Portland, even posting the mayor's office telephone number so that supporters could call demanding his resignation.