Klayman: No Michelle! You Are the Racist Against Whites! 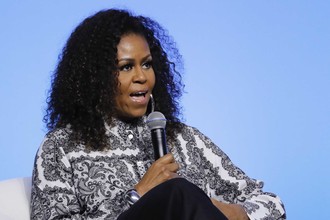 Michelle Obama: 'Systemic racism' coming from the White House
By Quint Forgey
POLITICO
August 29, 2020
Former first lady Michelle Obama condemned what she called the "systemic racism" emanating from the White House and elsewhere around the country in an explosive statement on Friday that addressed recent killings and racial unrest in Kenosha, Wis.

"These past few months, I've been thinking a lot about what our kids are seeing every day in this country — the lack of empathy, the division stoked in times of crisis, the age-old and systemic racism that's been so prominent this summer," Obama said.