Klayman: Time to Forget About MLB, NBA and NFL! Move on America! Why Waste Time With These Morons! 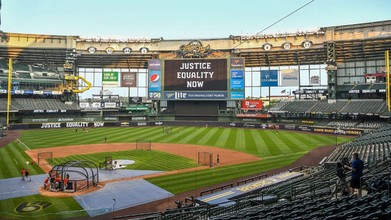 Player protests lead to 3 MLB postponements
ESPN.com
August 27, 2020
MILWAUKEE -- Three Major League Baseball games were postponed Wednesday as players across the sports landscape reacted in the wake of the weekend shooting by police of Jacob Blake, a Black man, in Wisconsin.

Games between the Cincinnati Reds and Brewers in Milwaukee, Seattle Mariners and Padres in San Diego and the Los Angeles Dodgers and Giants in San Francisco were called off hours before they were set to begin.

Dodgers star Mookie Betts, who is Black, told his teammates he was sitting out and they backed him.