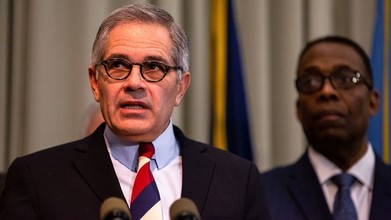 Krasner, who has served as District Attorney since 2018, believes the rise in shootings and homicides is not unique to Philadelphia rather an "unprecedented national issue." Like Philadelphia, Krasner says, many cities across the country are experiencing a spike in shootings and a dip in crime and violent crimes.