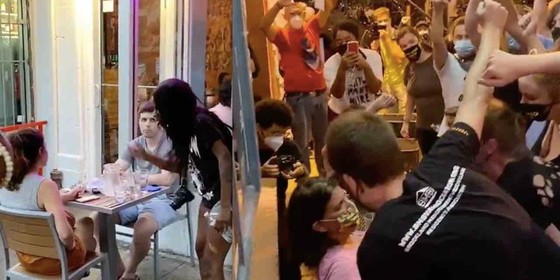 
A group of leftist militants were caught on video harassing Washington, D.C., restaurant patrons Monday evening, apparently because they refused to raise their fists in solidarity like other patrons seated around them.