Klayman: Michael Cohen Not Coincidentally Was Hannity's Lawyer Despite His Phony Denials After Cohen Was Implicated in Crimes! Typical Two Faced Hannity Who Was Previously Using Cohen to Suck Up to Trump! 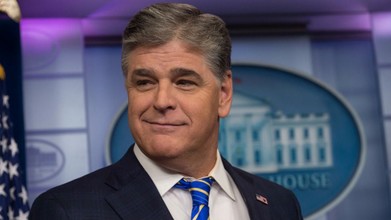 The report on Gaetz included screenshots from a text conversation between Hannity and the Florida representative with the handwritten label "conservation with Sean Hannity on Feb 27th."

That 2019 text conversation and the ethics investigation were centered on a tweet by Gaetz that suggested Cohen had not been faithful to his wife. The tweet came one day before the president's former lawyer was scheduled to testify before a House committee.