Klayman: A Fairer Economy Where the Jeffrey Epsteins Will Use and Exploit Women Not Just for Bill Clinton but All Needy Americans! 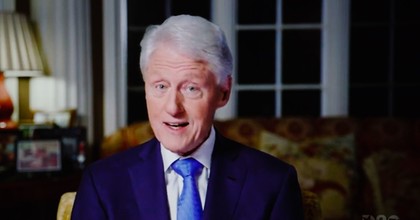 Unlike Clinton's nearly hour-long speeches of conventions past, the all-virtual format meant he had to keep his remarks to a tight five. Pundits generated plenty of content on Tuesday musing about what Clinton's shortened remarks meant about his stature in the Democratic Party. But it's worth listening to what Clinton was actually saying.

Clinton's speech was essentially a synthesized version of his 1992 campaign's unofficial slogan: "It's the economy, stupid." It also demonstrated how the Democratic Party's old guard — Clinton and 2020 Democratic nominee Joe Biden himself — have been influenced by the party's progressive wing and its gradual move to the left.